A Tale of Two Wells


It was the best of times,

it was the worst of times,

it was the age of wisdom,

it was the age of foolishness.

So reads the opening lines of Charles Dickens’ classic A Tale of Two Cities. An age of wisdom, and an age of foolishness, where people cannot see the obvious even if it lies obvious and blatant before them.

Consider the following stories of two wells:  one in Leipzig, Germany, and the other “somewhere” in Africa.

The first well, in the greater Leipzig area, has been dated as about 7,500 years old, and is now officially the oldest known timber constructions in the world.

The wooden well walls were dated with the help of dendrochronology or growth ring dating. They were built by the Linear Pottery culture, which existed from roughly 5600 to 4900 BC. 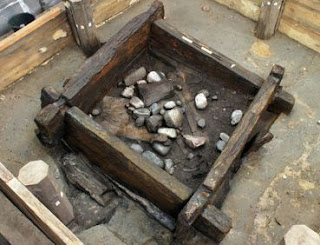 According to a news report :

The four early Neolithic wells were constructed from oak wood. In addition to the timber, many other waterlogged organic materials, such as plant remains, wooden artifacts, bark vessels, and bast fiber cords, as well as an array of richly decorated ceramic vessels, have survived for millennia hermetically sealed below groundwater level. With the help of dendrochronology, the scientists were able to determine the exact felling years of the trees and thus also the approximate time at which the wells were constructed.


The tests revealed that the wood comes from massive old oak trees felled by early Neolithic farmers with stone adzes between the years of 5206 and 5098 BC. The farmers cleaved the trunks into boards, assembling them to make chest-like well linings with complex corner joints. Using state-of-the-art laser scanning technology, the scientists collected data on the timbers and tool marks and documented the highly developed woodworking skills of the early Neolithic settlers. The very well-preserved tool marks and timber joints testify to unexpectedly sophisticated timber construction techniques.

That is really remarkable. Seven and a half thousand years ago, Europeans were making advanced wooden walls for their wells, using “advanced” carpentry techniques.

Now I have to wonder—and all reasonable people should also wonder—why is it that organizations such as The Water Project still have to collect money from Europeans to dig wells in Africa in the year 2012? 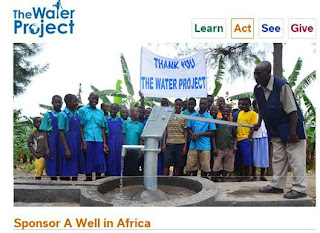 You, your school, church or even a group of your friends can choose to fund an entire clean water project in Kenya, Sierra Leone, Uganda, or Rwanda.


Cost and project availability vary, but on average a water project can be completed for at [sic] little as $7,000. The costs include preparing the community for a water project, actual construction and the long-term monitoring and evaluation needed to make sure your investment lasts a very long time.

I mean really, how much more obvious can it all be?

The full first few lines of Dickens’s A Tale of Two Cities become even more apt:

It was the best of times,

it was the worst of times,

it was the age of wisdom,

it was the age of foolishness,

it was the epoch of belief,

it was the epoch of incredulity,

it was the season of Light,

it was the season of Darkness,

it was the spring of hope,

it was the winter of despair.

Or why would the Japanese go from medieval to modern civilization within a few decades of contact with the West?

One answer may be in median IQ. Another may be in the ability to perceive long term benefits.


By the way, you need to do something about "prove you're not a robot" feature; it makes it difficult to post here.